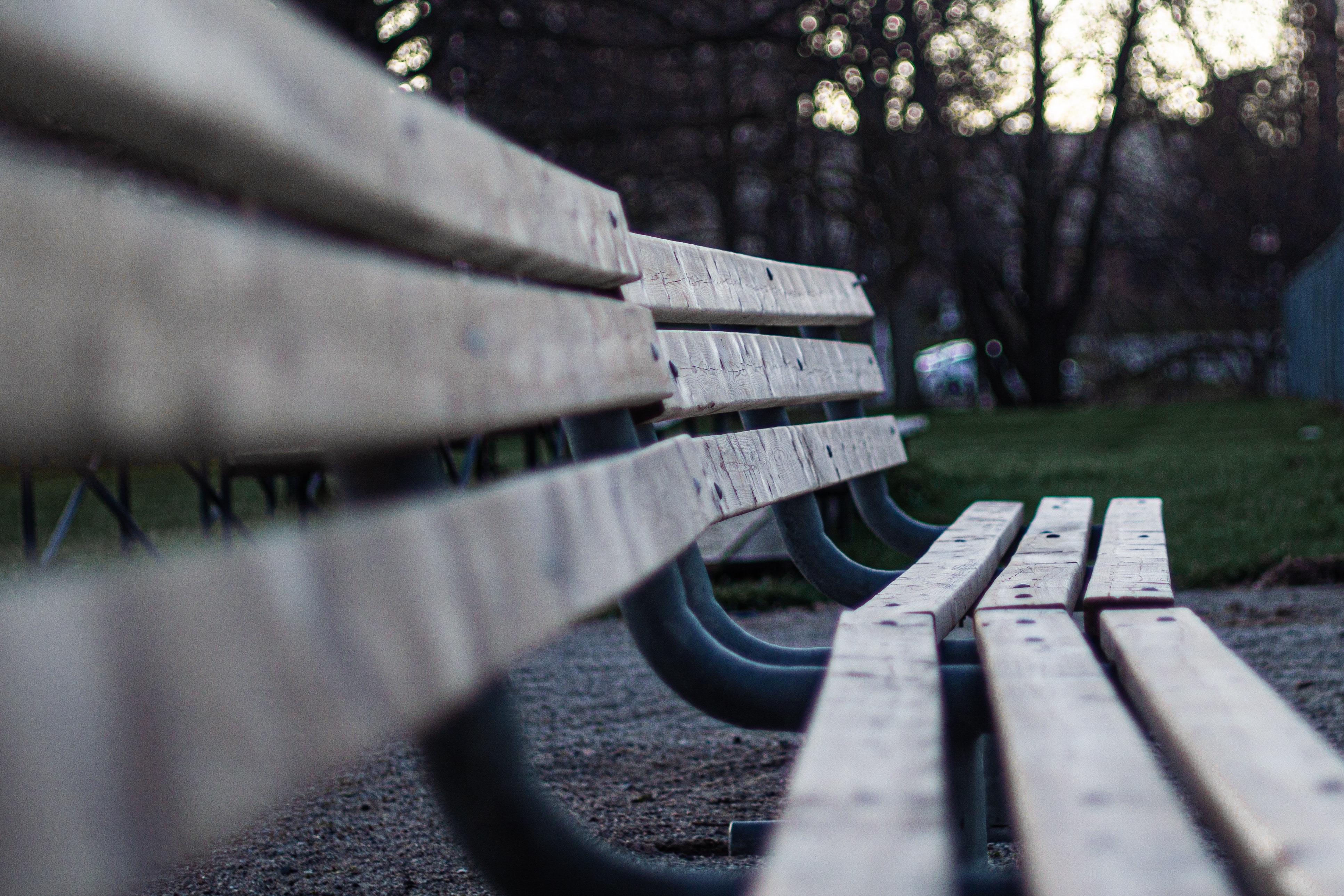 Harlow Reynolds has her share of late nights and early mornings. With her mother’s death came insomnia. The dreams and memories of that night haunt her.

Harlow’s new routine no longer affected her. She knew the clinking sound of her dad's keys as he left the house, the sound of the crickets chirping in the afternoon when her dad still wasn’t home, and the sound of the owls hooting deep into the night.

You can’t blame anybody but yourself. You were the one driving the car. Don’t act like the victim.

Her phone buzzed on the bedside table.

All five victims of the car wreck on HWY 167 found. Mike Uyer, 52 years old, was fortunate to not be injured, despite a few cuts and bruises. He is back with his wife and two kids.

Jerry Brown, 32 years old, deceased, was discovered along with multiple open beer bottles in and around his vehicle. He is presumed to be the main cause of the accident.

Harlow Reynolds, 17 years old, seriously injured with a broken arm, and the amputation of her right leg.

Brown’s car spun out of control at 3:32 P.M., hitting Uyer’s car, knocking him into the next lane, then hitting Hale’s car, and Reynold’s car.

Harlow heard her dad’s grumbling all the way from her room on the second floor. Just because life was harder for her now, due to multiple things, didn’t mean her dad would help her anymore than he did before. If anything, he helped her less. Sometimes, it was like he’d even forgotten about her.

A person can change a lot in three weeks. Three weeks ago, John Reynolds was the happiest man she knew. But now, he was the most miserable.

Slipping on the liner, she moved the pin at the end, connecting it with hold inside the prosthetic. Then, grabbing her crutches, she made her way downstairs after doing her best to get ready for the day. She wasn’t sure why her dad was up at 6 in the morning when he was rarely ever awake by 10.

Harlow walked into the kitchen to find her dad slamming drawers and muttering curses to himself.

He whirled around at the voice. “What?” he said, muttering roughly.

“Are you okay? What are you doing?” Harlow asked, assuming he didn’t hear her, as he resumed slamming the drawers looking for something.

She could see the roots of his hair growing gray, probably from stress. Did you do that to him?

Harlow hobbled over to him to grab the sharp pair of scissors from his hand. “Dad,” she says slowly, “What are you looking for?”

She glanced down at the open utensil drawer. “Why would your phone be in here?”

He opened the fridge only to slam it shut again. Harlow jumped. “I don’t know.”

Opening his work bag, her dad retrieved his phone. “Ah-ha!” His bag looked like it hadn’t been touched in, well, three weeks.

“Dad,” Harlow whispered, “What are you doing up this early?”

That’s not right, she thought. Her dad never felt like doing anything these days, much less getting up out of bed. “Tell me the truth.”

Turning toward her, he said, “Fine. I’m going on a date with a lady from work.”

That knocked the breath out of her. How could her father do this? “Dad, you can’t date, she… Mom just died. And whatever lady you’re going out with should realize that too, and that you’re not ready for this. Why are you doing this? Didn’t you realize that this would hurt me too?”

“You’ll get over it. It’s not a big deal. I have to leave to get to work by 7 so that we can plan out the night. I’ll probably be back around 10 tonight.” He locked the door behind him.

Oh. So he was trying to forget about Harlow along with her mom.

Instead of staying home like she usually did when her dad was asleep, or in this case, gone, she grabbed her keys and made her way out too.

Turning the corner, Harlow was breathing profusely. Since she hadn’t learned how to drive with her prosthetic leg yet, so she used her crutches the whole way to the park. Soon, she was going to have to learn to drive and walk with just her prosthetic.

She plopped into a wooden bench on the side of the small, grassy park. Looking around, she was surprised to see that there weren’t many people out. She wasn’t expecting a lot, but she didn’t see a single person.

Harlow took out her phone and looked at the news article again.

Her mother didn’t leave them behind, it wasn’t her fault. She didn’t want to die. There’s a difference between leaving someone behind and being taken from them.

Gosh, the news really is all about the money, isn’t it? They don’t care about anyone’s feelings.

Angry, she set her phone down next to her.

Harlow saw a girl about 6 or 7 pointing at Harlow’s prosthetic leg, fascinated.

Her mom came up behind her breathing heavily. “I am so sorry. Lily is a very fast runner, something that I did not know until today.” A look of realization crossed over her face.“Oh, gosh, I am very sorry. I-” She stopped for a moment. “Aren’t you that girl from the news?”

“Yeah,” Harlow replied, thinking back to what the little girl, Lily, had said. “Why’d you call me a superhero?”

Lily’s big, chocolate eyes looked up at Harlow. “Because you have a fake leg. Like  Hiccup in How To Train Your Dragon. That means that you must have survived something hard, so you’re a superhero.”

Her eyes burned.  A few tears fell from her eyes before she composed herself. I don’t deserve anyone telling me stuff like that. I’m not worthy of it.

Looking down at her, Harlow thanked her anyway.

After they left, she took in her surroundings. To the right, she could see the signs for an event going on tonight, and the tent with the hanging lights behind them.

And Come Have Fun!

“Thinking of going tonight?” A deep voice called from behind her.

“Does it look like I can dance?” she retorted.

The boy’s eyes flicked to her prosthetic. She wasn’t sure how, but Harlow was positive she recognized him from somewhere. “Do I know you?”

That’s where he’s from. He’s Dallas Holt, he was in the car crash too, with his little sister.

But instead of saying “I’m sorry” or something that wasn’t awkward, she said, “Shouldn’t you still be paralyzed?” Wow, Harlow, great going there.

Dallas’s face dropped. “Yeah. Sometimes certain muscles are weak, but other times they’re okay. My family is helping Anna and me through it. Luckily she didn’t get too seriously injured.”

Harlow nodded. “That’s good.” And it was, but she also felt disappointment. Nobody was helping her.

You need to stop feeling sorry for yourself.

A frown transpired on her lips. “What?”

Dallas dropped into the seat next to her on the bench. “How’re you doing? I mean, you’re probably going through a much worse time than me. You lost your mom and your leg, and I heard you have insomnia, though I don’t know if that’s true.”

She must have looked confused, because Dallas continued. “Rumors around school. You know how it is.”

She laughed, “Nobody should be feeling sorry for me. I was the one driving that car in the wreck, there was probably a way that I could’ve saved my mom. It’s my fault she’s dead. Now my father is miserable, and he hates me so much that he’s trying to pretend my mom and I never existed by going on a date with a lady from his work and investing himself in that. So, I don’t need or deserve your pity. Everything bad that’s happened is my own fault.” She breathed deep, trying to prevent tearing up.

“You’re serious?” Dallas said in a surprised tone, after a few moments of silence.

“Of course I’m serious. Why would I be joking?”

Dallas shifted to face her directly. “Why do you think your dad is going on that date?”

Harlow thought about it. “I think he’s trying to forget about my mom and I by going on dates instead of moping around in bed.”

“Exactly. None of this is your fault, do you hear me? Yes, you were the one driving the car. But you were not the one who was drunk and decided to make a stupid decision and drive. That was Jerry Brown. It is not your fault that your mother is dead. It is not your fault that your dad is miserable and isn’t taking care of you, especially right now,” he nodded towards her leg. “Your dad should not be dating anyone right now. In the back of his mind, he probably knows that he shouldn’t be and that you both need to mourn properly. He’s being stupid.”

“Nothing you said is true.”

A defeated look fell onto his face. “Why?”

Harlow rolled her eyes. “Because it’s not true.”

Dallas pursed his lips. “Well, in that case, I’ll just have to keep telling it to you until you believe it.”

“Yeah? Well, that’s going to be a while. I can’t even sleep without having nightmares or remembering it.”

Dallas was quiet for a moment before taking out his phone and handing it to Harlow. “If you want, you can put your number in.” he continued, “Anyway, I’m going to tell you a story. My mom was abused by both of her parents when she was little, and when they were finally arrested and she went to a foster home, she couldn’t sleep either. She had insomnia too. She kept waking up, thinking her parents were going to come back for her, or that her foster parents were going to hurt her for something ‘bad’ she did. But soon they adopted her, and my mom finally realized that they were nothing like her biological parents.”

“That was a good story, but was it meant to help me?” She said awkwardly, rubbing her temple to get rid of the oncoming headache.

He laughed “Not necessarily the story, but if you enter your number, then I think it would be really good for you to talk to her. She doesn’t know all of them, but she knows some of your struggles, and she would be more than willing to help.”

Harlow froze. “Are you serious?”

She looked down at the phone and put her number in. Trying to control her breathing, she handed the phone back to him with a shaky hand, and their eyes connected.

“If you’ll let me, I’ll help you through this.” Dallas held out his pinky finger.

Harlow wraps it around hers.

Enlightium Academy is proud of the writing our students do and wants to give them the chance to publish their work. All Enlightium students in grades 7–12 are invited to submit their writing through the Spotlight Program. Every month, one piece of student work will be chosen to be published. Check out our main page on the Spotlight Program for more details.